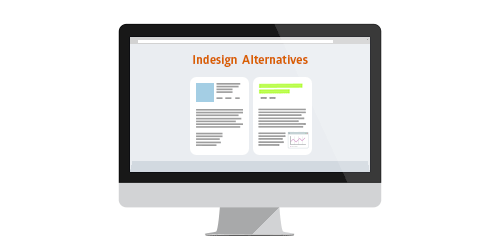 When it comes to Desktop Publishing Software, Adobe InDesign is (in our opinion) the best on the market. Today we’ll analyse the options, look at the alternatives and probably conclude that Indesign still comes out on top! Competition is healthy though, so we’re hoping for good things from the alternatives.

Our first contender is Scribus. This approach on Desktop Publishing comes from the open-source community. It’s free! Created with the free Qt toolkit, with public sources for tech wizards and a strong community, Scribus has come a long way since its first release back in 2003.
It was very clunky and unintuitive in its early iterations but the developers worked hard and with each release filled the gaps and implemented necessary features to enable the creation of professional content. The creation of Books, magazines, brochures, and newsletters is possible now.
It supports CMYK, ICC profiles and PostScript colour separation, which makes it great for print and digital content. It features a wide range of templates, so new users have a strong starting point and an easy learning curve. There are lots of tutorials, and the community has managed to create a (slightly dated) compelling manual that will get you started.
Bringing in a complete rework of the interface (as they switched to Qt 5 toolkit), developers have added features that have propelled this tool to the big league. They have added support for InDesign objects and Microsoft Publisher and QuarkXPress.
Scribus has the potential to become a product that can stand shoulder to shoulder with the corporate giants like InDesign and QuarkXPress and seems to get stronger with every release. One to watch. 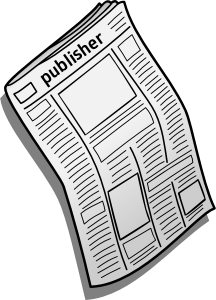 If you own a high-end version of the Microsoft Office pack, then you may already have Microsoft Publisher. An entry-level approach to desktop publishing software and targeted towards beginners and small companies that don’t need professional artists or designers. Whether it gets the job done well and without much effort is totally debatable, and many learners that come to us are trying to migrate from the likes of Publisher and word.
There are some positives though: starting with a wide variety of templates. You can pick between various versions of business cards, posters, flyers, catalogues and more. A real time saver if you don’t expect artsy content or breathtaking designs. Another great aspect is that you can import most documents. Microsoft Publisher has great support for typography and text editing, and it’s nice that they also included graphs and charts and even tables directly into the interface. So why do people prefer Indesign? The biggest downfall is Publisher’s lack of support for graphic design. Apart from some basic shade effects and quick shapes, you can’t do much. No vector drawing, no advanced gradients or drop shadows. There is also a big problem with compatibility with .psd files and some essential others. Unless they make some huge improvements shortly, we’re going with our learners on this one and leaving it on the shelf for now.

Yeah, we said it. The two words that should not be uttered in the context of Desktop publishing so we’ll keep it brief. Although Microsoft Word is a premium word processor and probably good for working with text documents, it claims to create compelling newsletters and brochures but we found it tricky and inefficient compared to apps (like Indesign) created specifically for Desktop publishing.

Here comes InDesign’s archenemy. In the 90’s, the word QuarkXPress was almost synonymous with the term Desktop Publishing. At one point, it had control of over 95% of the market. It’s a wonder that InDesign managed to beat it and make itself comfortable on the throne. What brought Quark down was a lack of care for customer demands. It took them a long time to figure this out, but eventually (and some say too late) they understood and began to comply.
QuarkXPress 2015 (the latest version at the time of writing) brings many improvements. It offers support for 64bit processing, along with improved usage of RAM memory for better performance, PDF/X-4 print output and fixed layout interactive eBook creation. The great thing about this product is that it acts as an independent platform, allowing graphics creation, rich typesetting options and complex layout creation. Practically, everything you need to produce a professional product from scratch.
It is a solid piece of software, and from a technical standpoint, this is the closest you will get to InDesign’s rich feature list. A lesson to all of us: If you’re making a ton of money, consider your customers, listen to their needs and give something back! Otherwise, you could end up with a tiny share of the market where once you were king.

Most office users have access to Microsoft Word, and some even have access to Publisher. Some can satisfy their needs by creating basic content. Those people end up coming to us here at Londontech Training for Indesign courses when they realise there is a better world out there for creating professional content in-house.

Back to the alternatives: The top 2 alternatives are: QuarkXPress and Scribus.
I want to give the prize of “best alternative” to….Scribus. I must confess that I can’t. Although it gets the job done in its current form it lacks QuarkXpress’ maturity and ferocity. So there you have it. The second best choice on the Desktop Publishing Market is QuarkXPress, a feature rich and fully potent product that still allows you to own it as a standalone product. Remember though this is just an “alternative to Indesign” article as nowadays people tend to recommend InDesign over Quark.